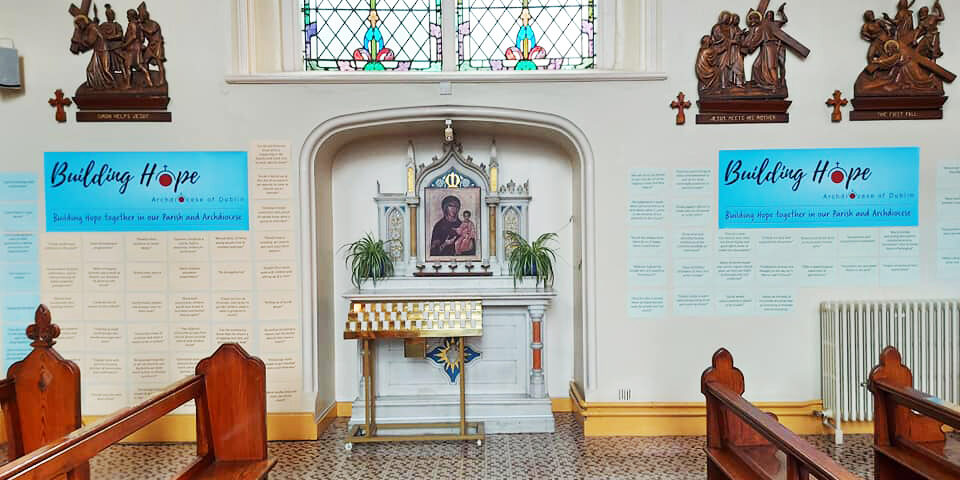 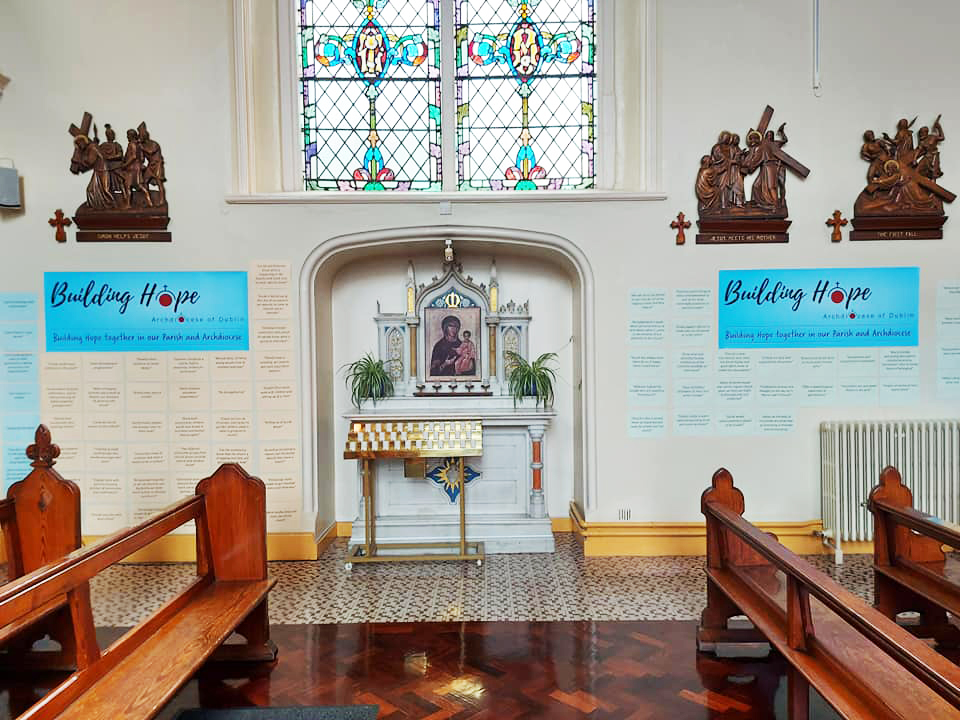 Unprecedented change is coming in the Archdiocese of Dublin. In April 2021, Archbishop Dermot Farrell formed a Task Force under the title Building Hope. The Archbishop asked the Building Hope Task Force to assess the needs of the people of the Archdiocese emerging from Covid-19 and to work to support parish communities as they undertake a radical renewal, locally, of the mission handed on by Jesus Christ. The purpose was to look to the future with creativity, enabling the Archdiocese and its parishes to act now to give effective witness and service in the years ahead.

As confirmed by the 3,000 consultation responses referenced in the Building Hope Task Force Report, published in November 2021, there is a heartfelt desire for renewal and plenty of ideas among those committed to the Catholic faith in the Dublin Archdiocese. In February 2022 the Archbishop, as requested by the Task Force, provided a Statement of Mission for the Archdiocese. With an Easter Pastoral Letter, ‘Living the Hope of Easter’, he then initiated a Building Hope strategic planning process, taking the key elements of the Task Force Report as a foundation for renewal in the Archdiocese. In his pastoral letter Archbishop Dermot says:

Truly, we need to be courageous in moving beyond ways that no longer work in the Ireland of today. We need each other on this road: that means all the baptised, working closely together, with their gifts and talents, sharing their resources and wisdom, in the service of our parishes, and the one mission entrusted to us all by Christ.

In this way, Archbishop Farrell launched a process of reflection in parishes, using the synodal listening method priests and parishioners have become familiar with earlier in the year. This time the conversation, in parishes from Dublin City to Kildare, from Fingal to Wicklow and North Wexford, concentrated on parish strengths, on what might be in need of development, and on the partnership of parishes in the local area that would best allow scarce resources be concentrated in new ways. The Building Hope Prayer, invoking the patrons of the Archdiocese and a Week of Prayer from Ascension through Pentecost to the feast of Mary, Mother of the Church, have underpinned this time of reflection.

Commentary in the media thus far has focused on the declining number of priests – a reality for sure. Deacons, parish pastoral workers and trained lay leaders have important roles to play too. All the signs indicate that parishes will need to work more formally in partnership with other parishes, planning carefully, investigating new models of pastoral ministry, and learning to share resources, so that everything doesn’t fall on the shoulders of smaller numbers of priests. They, rather, with a team alongside them, should be engaged in bringing the healing words and work of Jesus to all, inspiring the Christian community to act decisively in living and sharing the gospel.

Many will ask, are parishes and parishioners ready for this new reality? Indeed, are priests ready for it? Without doubt, rather than simply seeking to maintain present outlooks and structures, ‘new thinking and a shift of mind-set in everyone’ are essential, as the Statement of Mission puts it. Things are moving ahead. As well as parish partnerships, the consultation process has helped parishes focus on four areas for pastoral development defined as essential in the Task Force Report: building up faith-filled communities, co-responsibility and servant leadership, an invitation to and welcome for all, and a central focus on social justice.

Training and resources for holding the parish Building Hope gathering were provided, as was the case, previously for the Synodal Pathway discussions. Reflecting prayerfully together on the Task Force Report, and on the Statement of Mission, parish leaders and people have been asked to review parish statistics provided for each parish by the Archdiocese as well as questions posed about parish life and parish partnerships into the future. They were asked too to share the parish profile material widely and at a parish gathering, encouraging as many parishioners as would wish to join in the dialogue and discernment. Parishes have been encouraged to think of creative ways of engaging with parishioners on the margins too, and of drawing them into further conversation over the coming months.

The consultation is already bearing fruit. At the time of writing, 123 parishes have already made their views known to the Archbishop and others are finalising their report. This is an exciting time in the Archdiocese. The unfolding process is encouraging active engagement and focused reflection. The question being posed is whether parish communities in the Archdiocese have the energy to reinvent themselves and develop a contemporary way of formulating their core mission for a world in need of hope.

What about next stages in the conversation? Already we can notice some direction. Meetings have discussed building a good partnership of local parishes, new ways of thinking about the role of the parish pastoral councils, ongoing adult religious education and faith development, training for lay involvement, and the formal adoption of the ministries of catechist, acolyte and lector, promoted by Pope Francis. There will likely be less Masses in a local area, carefully scheduled between parishes and with a focus on quality celebrations. Greater lay leadership in other prayer moments including at funerals, as well as lay led outreach to families, youth and young adults. Further reflection, planning and training, based on the responses from parishes, will take place in Autumn 2022 and Spring 2023.

The challenges that emerged during the COVID-19 crisis have taught us that when change is required new ways can be found, more than we dare to imagine. Now is the time for priests and people, for the whole faith community, to plan creatively for a future together. The Christian community believes, confidently, as Archbishop Farrell stated in his Easter Pastoral Letter, that ‘…the risen Lord is always at work among us, bringing something new to be experienced, embraced, and lived.’ The Building Hope process is one founded on the principle of co-responsibility – priests and people working together, each in their role, and guided by the Holy Spirit, bringing their skills and talents to bear. The Church in the Archdiocese of Dublin is readying herself to embrace a new way of being Church at the service of the mission handed on, and forever new.

At the end of the day the Church is an Easter people, the Risen Lord walking with us on the journey of life. Led by his Spirit, Christians accompany each other, seeking to build up the community of those who have encountered and choose to follow the Christ, recognising their need for his healing and saving love, and reaching out to others to include them in His embrace. As Pope Francis writes in his new letter on the liturgy, ‘Christian faith is either an encounter with Him alive, or it does not exist…We need Him.’

Fr Gareth Byrne is the Moderator of the Dublin Diocesan Curia and Chair of the Building Hope Pastoral Strategy Implementation Group. For further details see www.dublindiocese.ie/buildinghope 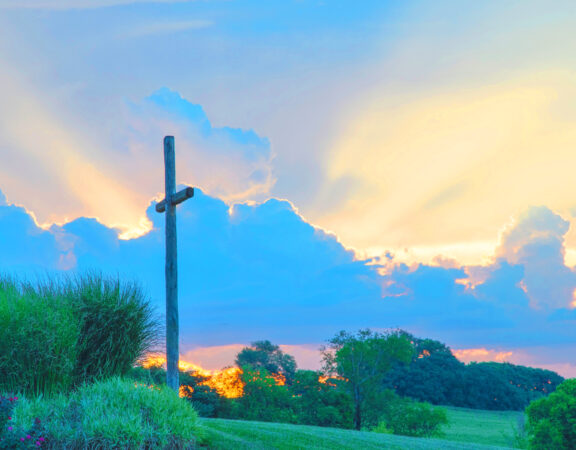 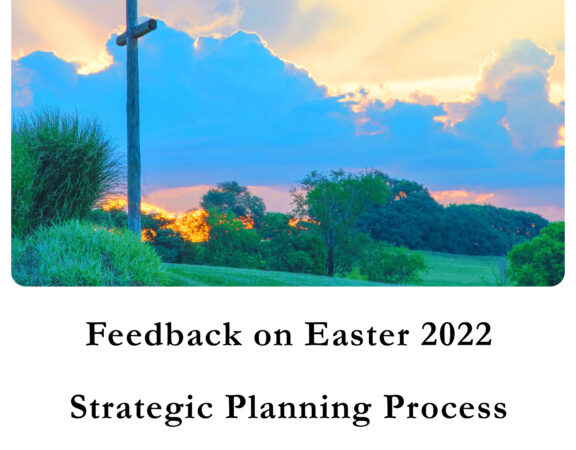